Illusive is a virtual journey between surreal worlds that give different emotions to the traveler. The voyage to the worlds is done by transforming and teleporting. This immersive experiment leads the viewer to different surroundings of phantasmal elements and should cause different perceptions.

This project was released in the class “Spatial Interaction — Perception in digital Spaces”, at the University of Arts Bremen taught by Prof. Tanja Diezmann. The main goal was to create and experiment with Virtual Reality (VR) spaces and -interactions.

The inspiration for this work were the books: “The Little Prince” by Antoine de Saint-Exupéry and “Kino no Tabi” by Keiichi Sigsawa. We wanted to create a journey for the user to different planets and worlds. Due to the time restrictions and lack of previous knowledge relating to the subject we decided to limit the planets and worlds into just two: a “light” one and a “dark” one. Even though both worlds should evoke different emotions , they had to still be beautiful in their own way and give the user space for interpretation between the journey from the normal world to one of light and dark. 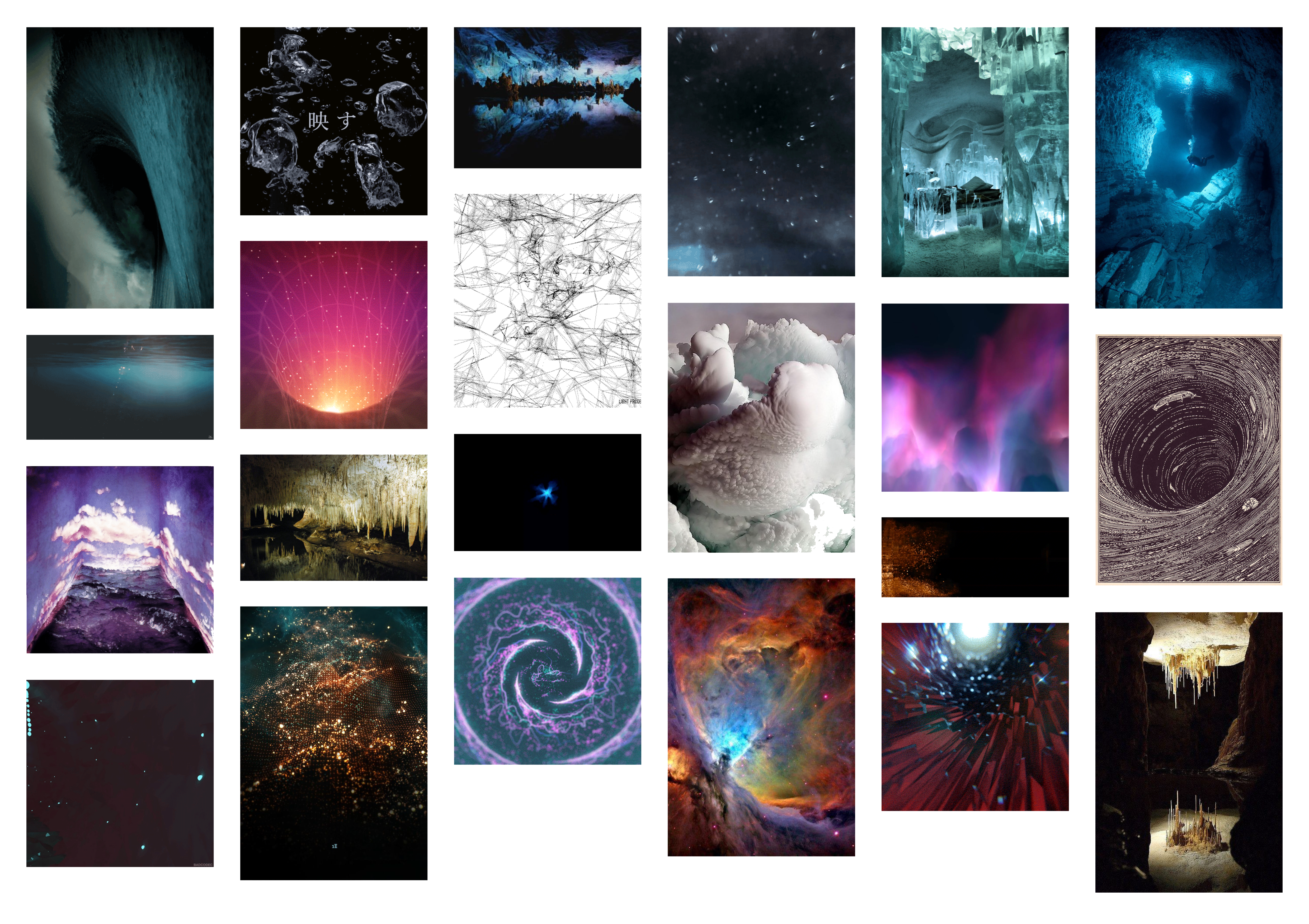 Connecting the real world with the virtual world

To keep the immersion of travelling we started straight from the beginning. We dressed as flight attendants and explained and guided the user in how to use our “teleportation machine”. On one hand, this was supposed to create an association with the experience of flying on an airplane, and on the other, we could recreate the same scene in the VR space to give the illusion that they were now in the “virtual layer”. As the devices did not offer any way of tracking other body parts, we let the user sit in a certain position so they could see themselves sitting on the chair, see their hands and the curtains they were surrounded by in the real world before putting the on VR headset. 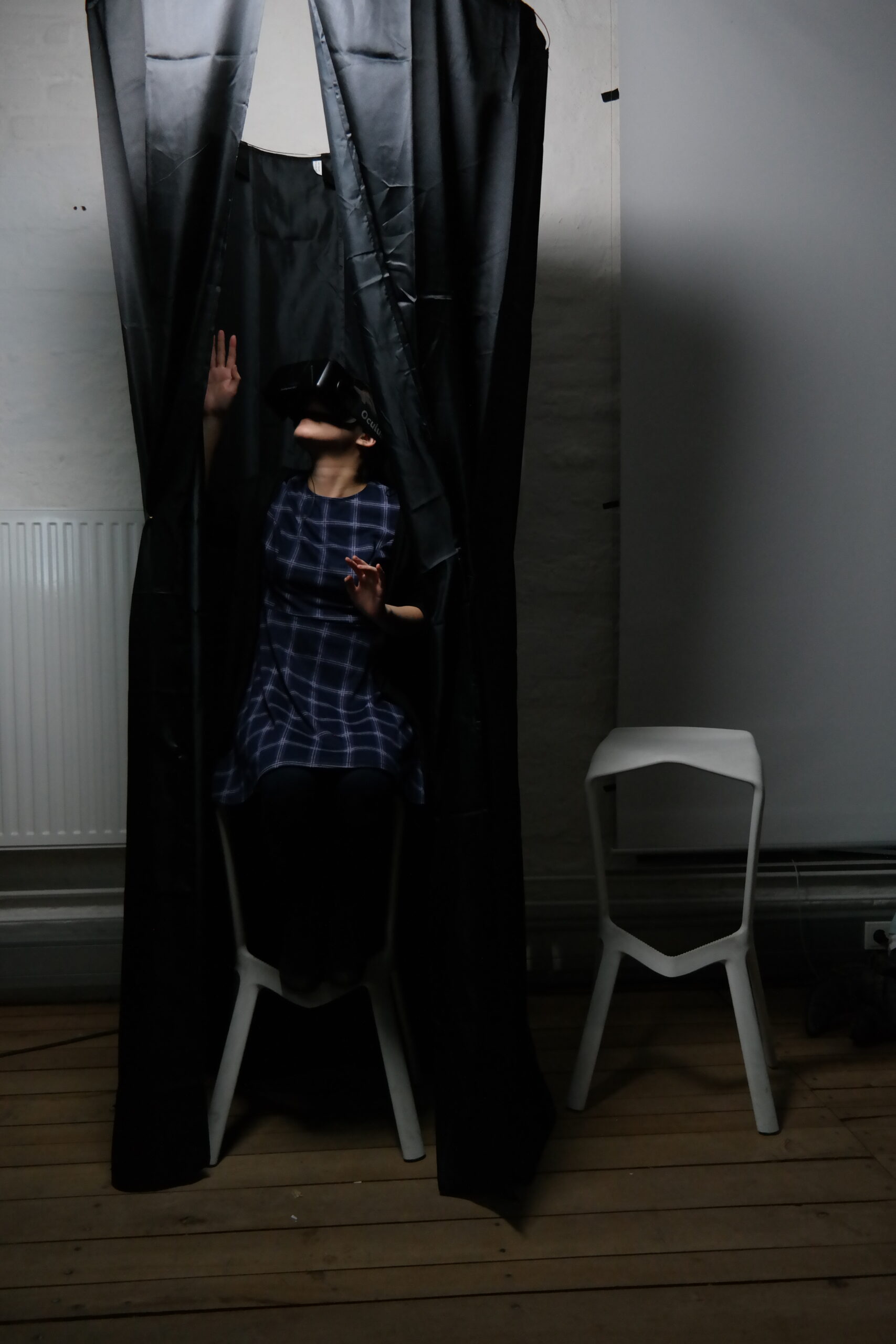 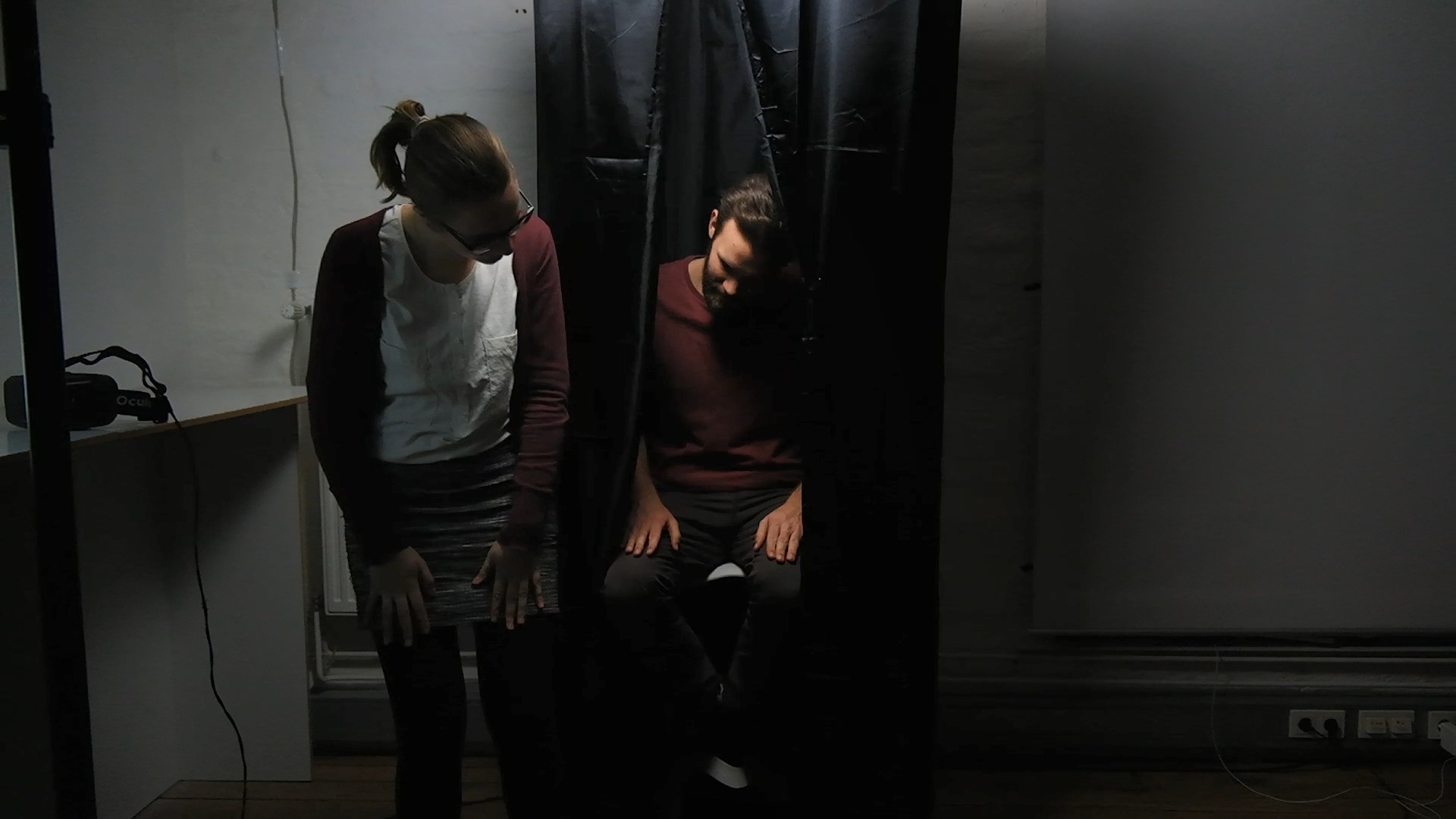 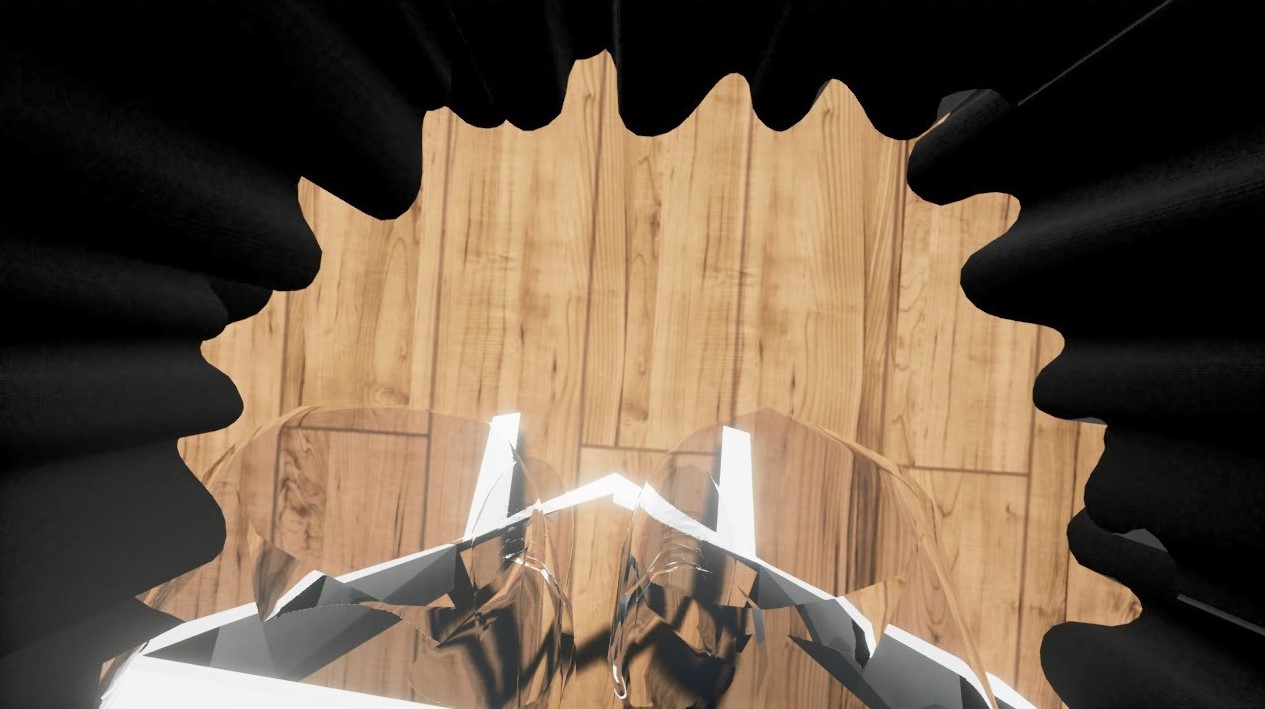 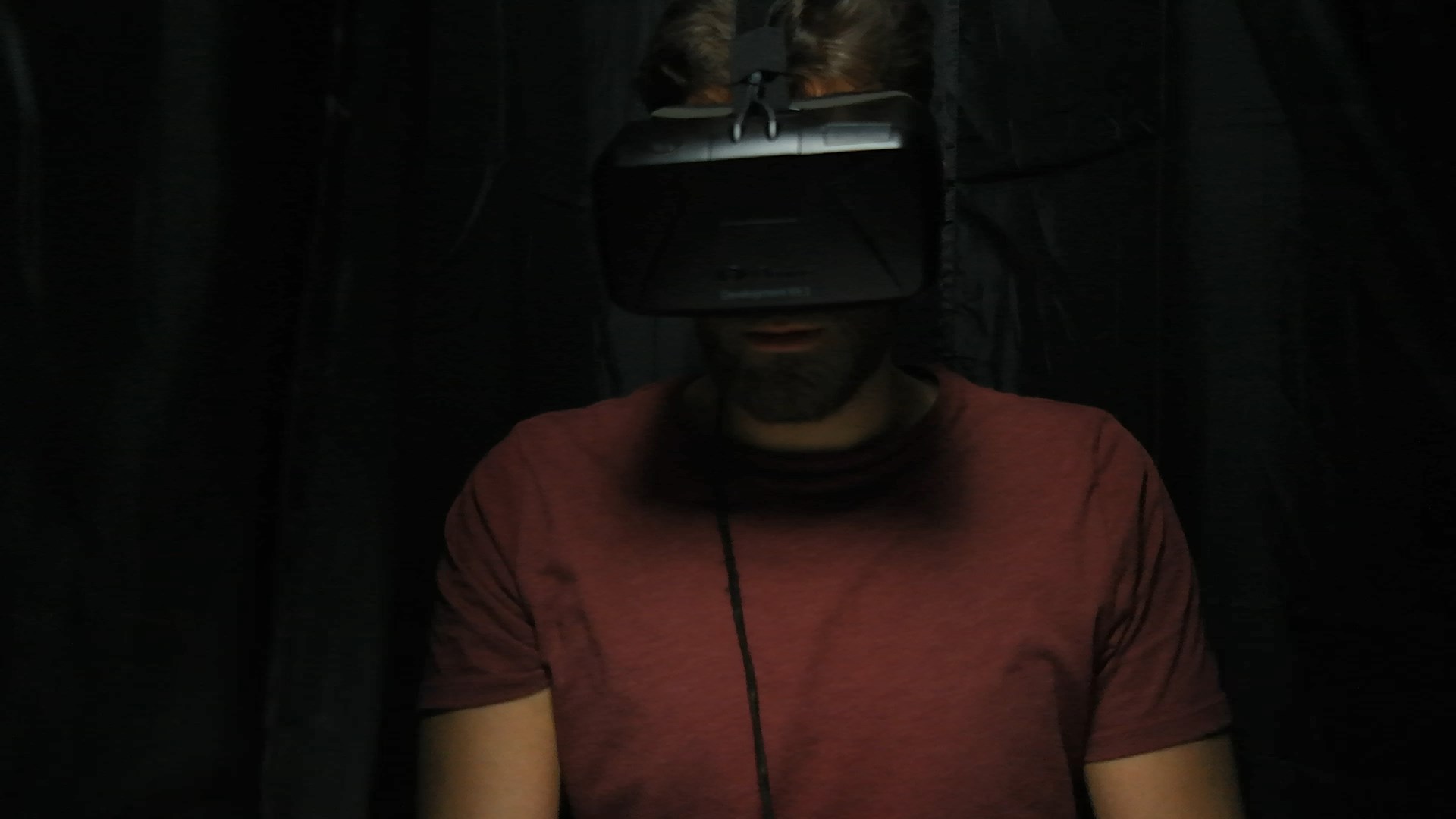 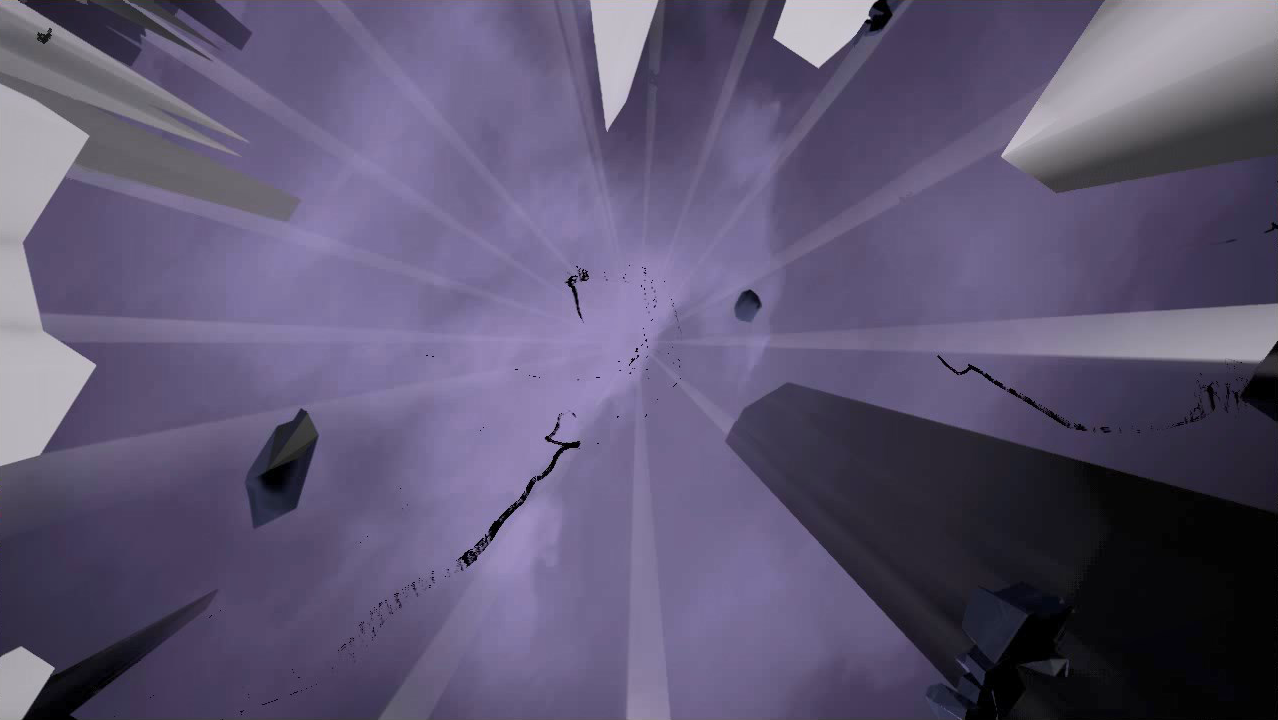 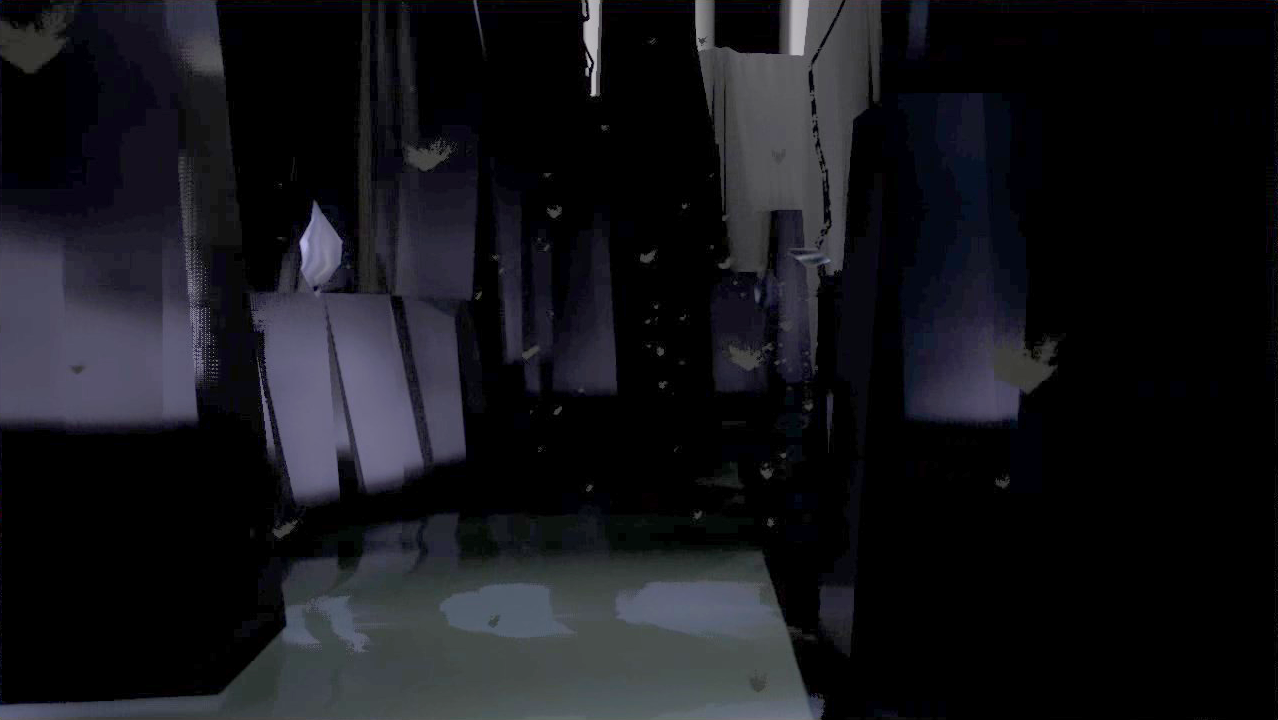 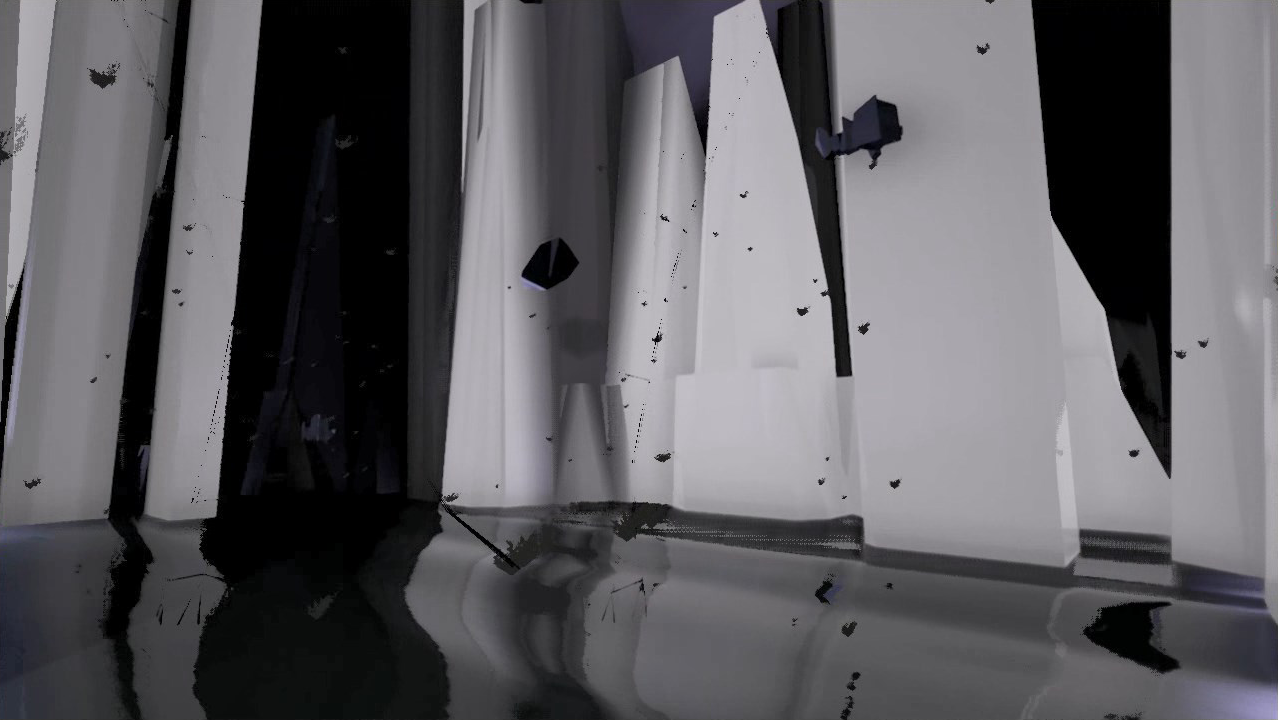 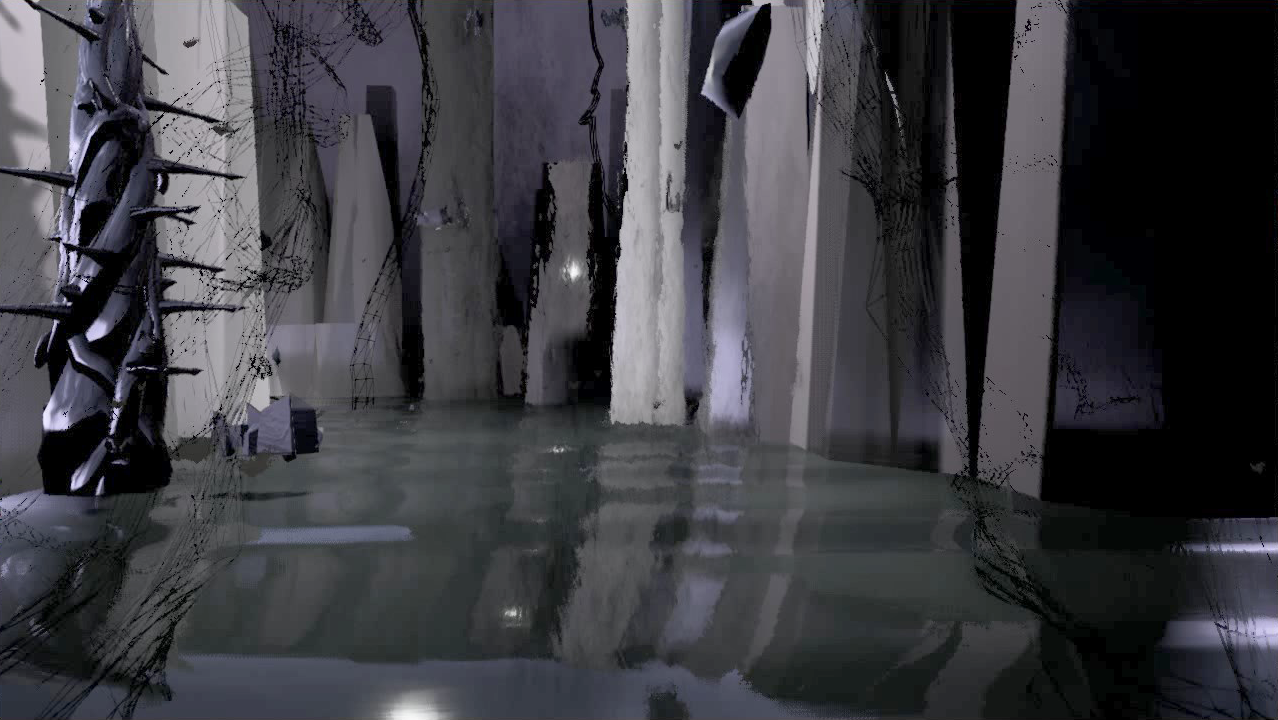 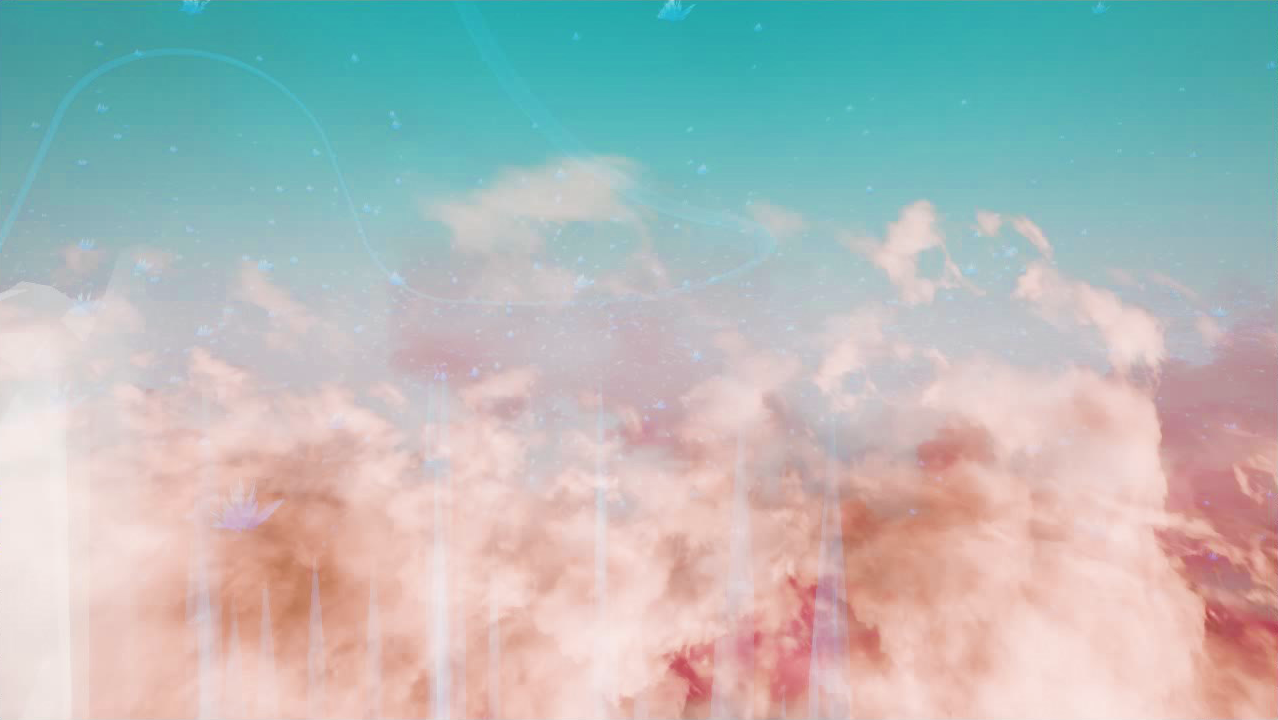 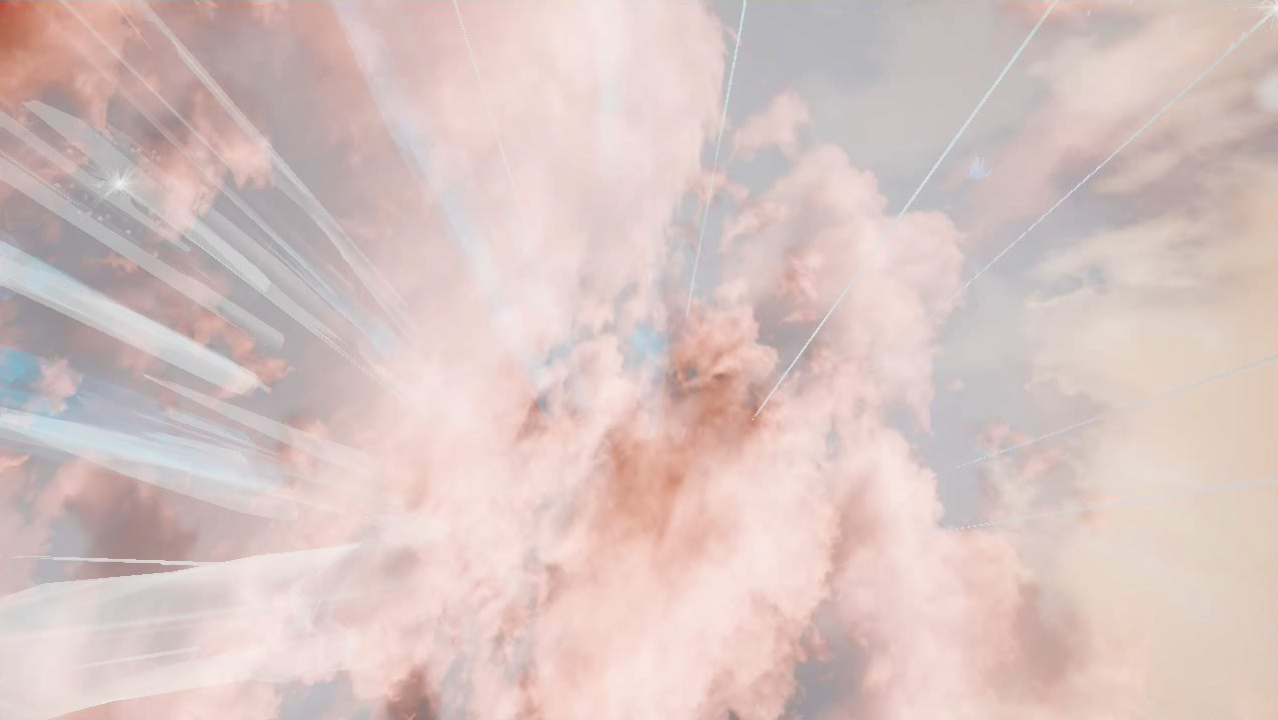 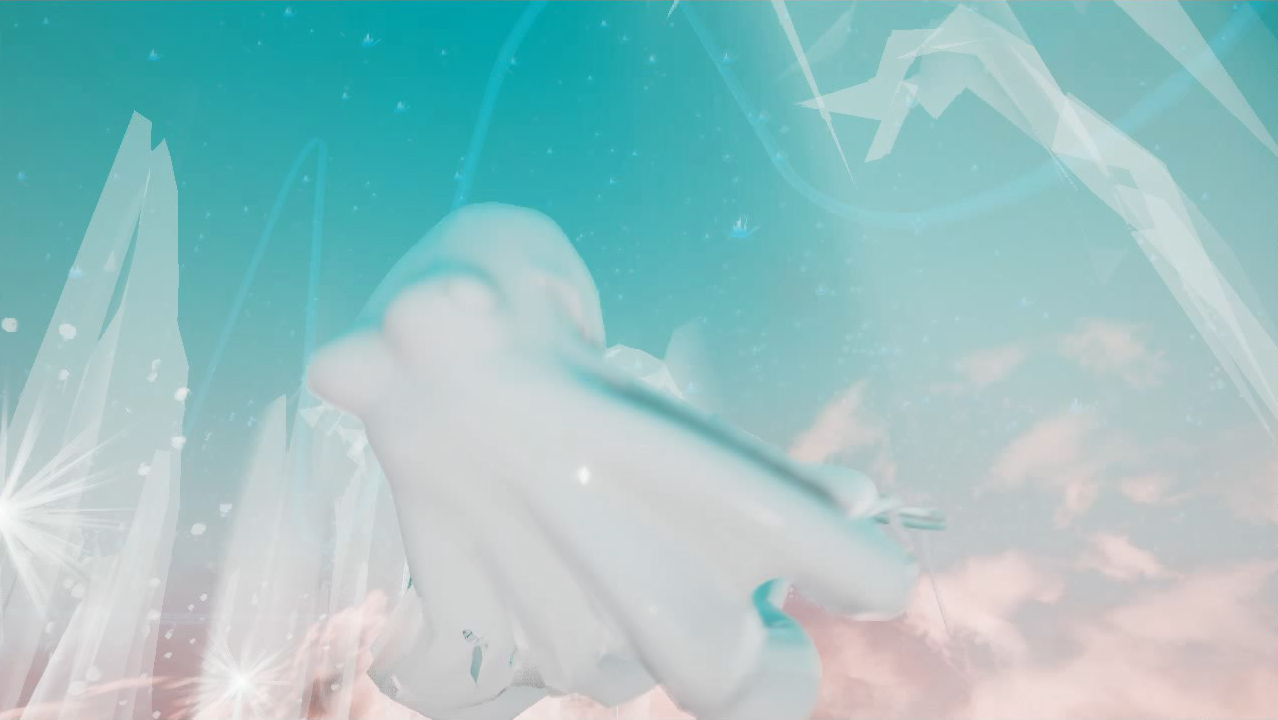 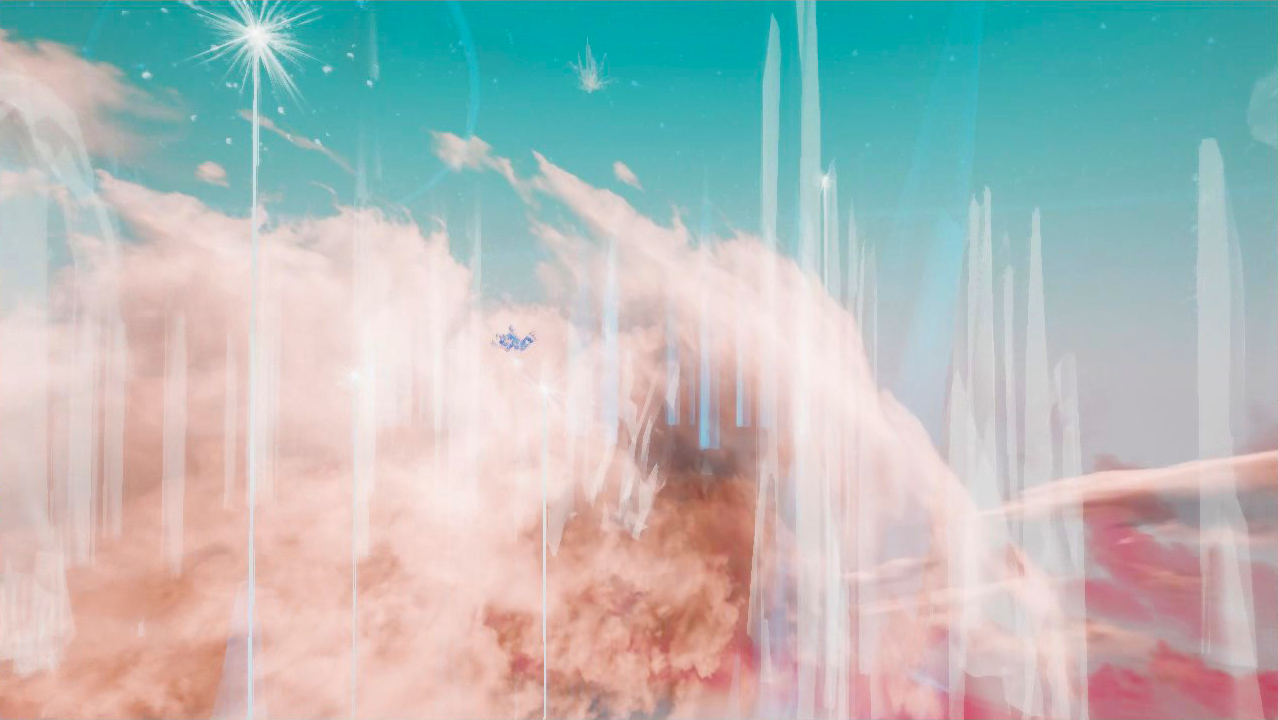 The journey starts after the transformation and is made out to be like a ride on a vehicle. The user can look around and get an impression of the surroundings. In the first world we tried to evoke the feeling of weightlessness and flying by adding light colours and abstract hovering objects. The feeling was also supported by some positive music, which, in combination to the surroundings, should remind the user of something light, happy and sweet.
After this, the user is transported into the next world, which is more of an opposite of the previous one. We wanted to create the opposite emotions of light and fluffy feelings. Instead, the viewer should get a heavy and small feeling. For this, we used geometric figures and stalagmites, moving elements and a change of light, until the passenger falls down a deep hole and gets back to reality.

The implementation and build for this application was done by Unreal Engine 4 and was designed for the Oculus Rift 2 headset. We created some 3D assets by ourselves, but most assets are from Unreal Engine, as well as a few royalty free 3D models and some music.

Even though we had not managed to work on the interaction we were successful with experimenting with the digital spaces and movement. Moreover, we managed to keep the immersion as we noticed that people followed the guidance of the machine-voice, for example: when the user was to return back to the physical space, they had to put their hands back on their lap and look down. Certainly, with better technology and time we could improve the whole set up and eventually add better interactions to the VR environment.